The History of ANPR

The History of ANPR is considerably longer than most people realise. Because of its prolific use in more recent years for a broad range applications such as traffic studies, access control and parking, many people, if asked, would guess at it being an invention belonging to this millennium.

Early trial systems were deployed in the UK on the A1 Road and at the Dartford Tunnel crossing on the M25 motorway and the first arrest that was credited to ANPR detection of a stolen car did not come until 1981.

Since its inception, ANPR Technology has evolved and adapted with the times, finding new outlets and applications taking it beyond the boundaries of just policing and security. Below are a few notable milestones along our journey to date:

Our story still continues as we contribute to the history of ANPR. So if you would like to know more, please contact us using the links provided. 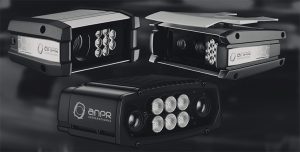 Click here to generate your map!
You can get an extra benefit by using these Hostgator coupon code